Specification: Nice Vietnam Veteran We Served Our Country And When We Return We Were Forgotten Shirt

KAT SULLIVAN
★★★★★
My Vietnam vet husband very happy to receive. Recommended
SteveH
★★★★★
Quality shirt that has a simple message. I like it a lot being a Vietnam veteran.
Tracy Anderson
★★★★★
Ordered this for my Dad. He really likes it. Good quality.
yobro
★★★★★
Good
Norman H. Stier
★★★★★
Very nice shirt that does not SCREAM "Vietnam Veteran" that so many shirts available on the market do.
D. Dempsey
★★★★★
Love my t-shirt, brings back memories, good and bad.

I’m talking about Biscuits & Gravy Nice Vietnam Veteran We Served Our Country And When We Return We Were Forgotten Shirt, and you can seldom get really good biscuits & gravy in a restaurant. You can sometimes get decent or maybe even pretty good biscuits & gravy in a place that knows what they’re doing, but they’re a pale shadow of what an accomplished southern home-style cook can make. Southern-born American here, they’re talking about these. My family is actually from the North-eastern area of the US, so while I’ve been raised around these, I don’t have a homemade recipe, myself. Most southern families have that one grandma who makes these.

Nice Vietnam Veteran We Served Our Country And When We Return We Were Forgotten Shirt, Tank Top, V-neck, Sweatshirt, And Hoodie 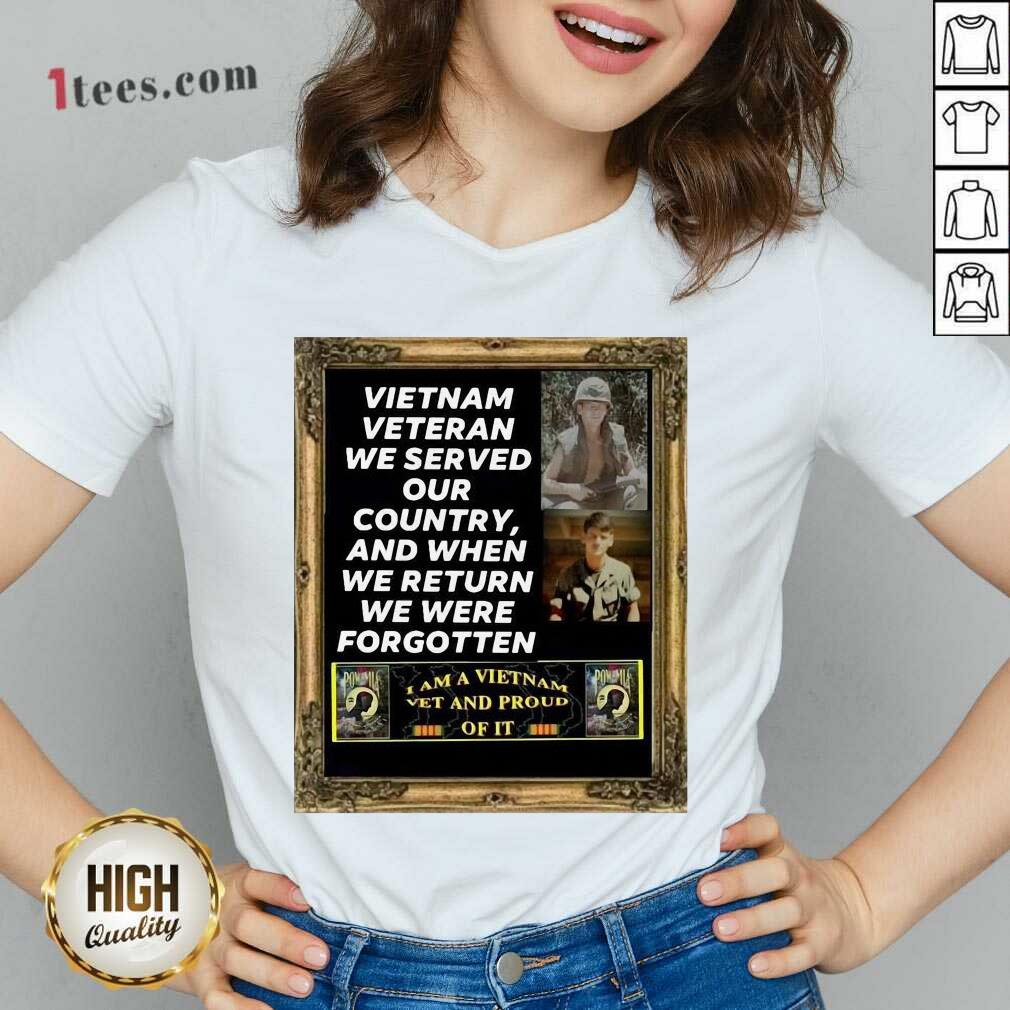 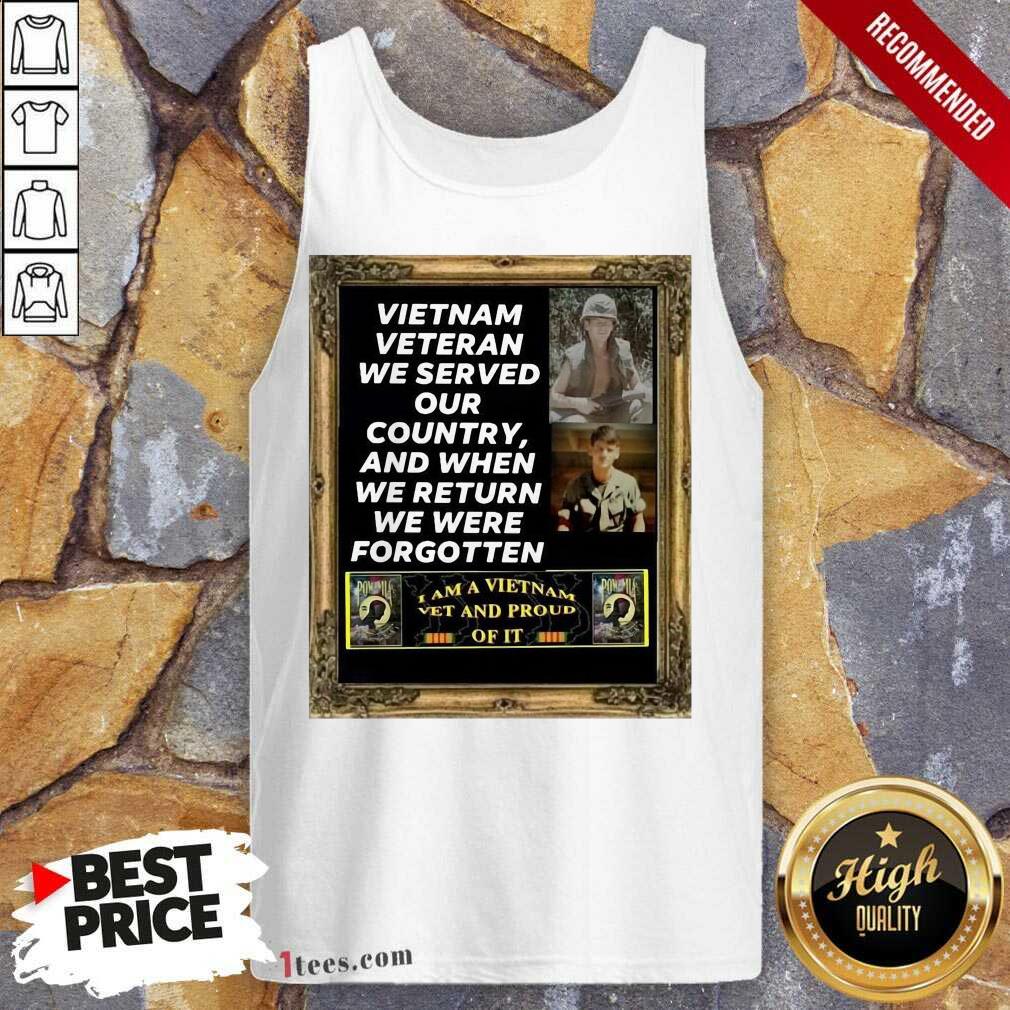 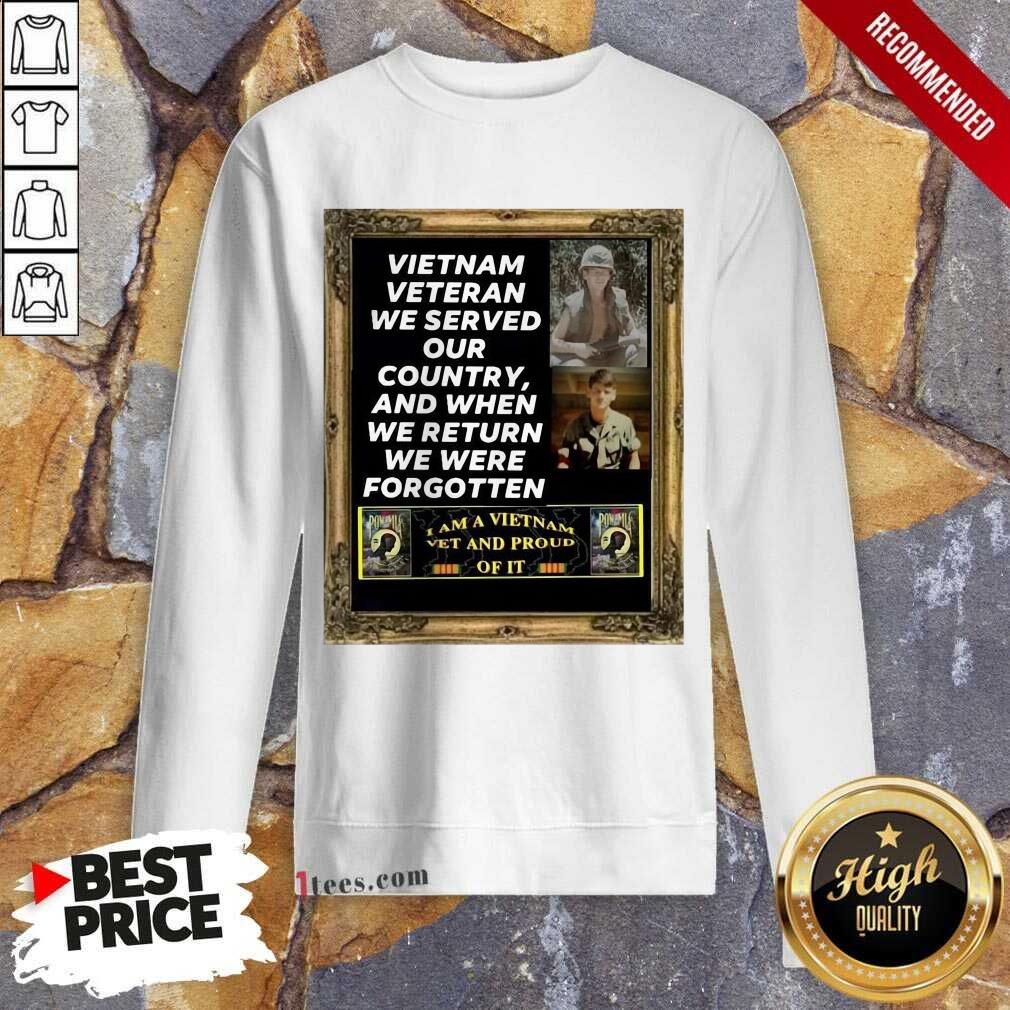 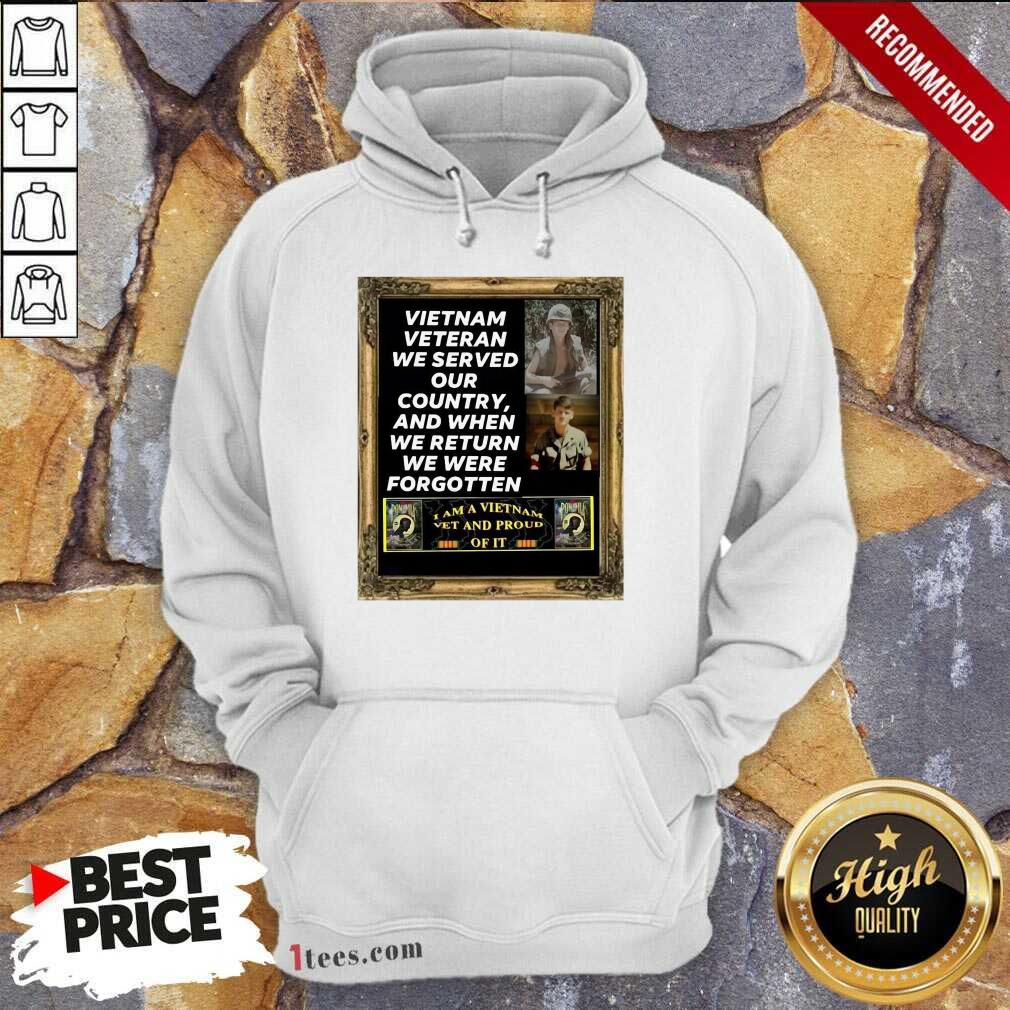 But if that family member passes Nice Vietnam Veteran We Served Our Country And When We Return We Were Forgotten Shirts away, then the rest of the family is left to suffer in purgatory with the Pillsbury version. Most non-Americans I’ve met seem repulsed by the idea of them, and they’re definitely not pretty eat, but with gravy, butter, or jam? So good. Scones are different than American biscuits. Biscuits tend to be more salty and buttery, while scones tend to be more sweet and creamy. Both have a short crumb, are chemically leavened, and are heavy on the fat, though, so in a lot of ways, they’re similar. However, people familiar with either could tell the difference if they had the other.